The Stories you would have heard!

Well that was quite the entertaining evening, we wish you could have been there to hear these legends.

Our first event has been and gone

Here’s who took part and man was it entertaining

Joe Jordan and Graeme Souness answer questions that reveal moments in their career that you didn’t know. Find out how they became the Legends they are!

Mick Channon: Channon made his debut for Southampton as a 17-year-old in 1966, scoring in a match against Bristol City. Within three years he had established himself as the club’s main goal scorer.
He played a big part in the FA Cup final win against Manchester United. Although Southampton were a lower division side, they were considerably more experienced than Manchester United’s youthful team. Southampton won 1–0, with Channon playing a part in the winning goal scored late in the game by Bobby Stokes. It was his first domestic honour in the game.

Matt Le Tissier: Le Tissier spent his entire professional club career with Southampton and won eight caps for the England national team. His loyalty garnered special affection from Southampton’s fans who nicknamed him “Le God”. A creative attacking midfielder, with exceptional technical skills, Le Tissier is the second-highest ever scorer for Southampton behind Mick Channon and was voted PFA Young Player of the Year in 1990.

Danny McGrain: Daniel Fergus McGrain MBE (born 1 May 1950) is a Scottish former professional footballer, who played for Celtic, Hamilton Academical and the Scotland national team as a right back. McGrain is regarded as one of Scotland’s greatest players; sports writer Hugh McIlvanney commented, “Anybody who saw him at his best had the unmistakable impression of watching a great player, probably one who had no superior anywhere in the world.”

Davie Hay: David Hay (born 29 January 1948 in Paisley) is a Scottish football player and manager. He broke into the Celtic team in the late 1960s, as one of a generation of players who continued a highly successful era for the club. A contract dispute between Hay and Celtic led to him being transferred to Chelsea in 1974. He played in over 100 league games for Chelsea, but was forced to retire in 1979 due to a knee injury. Hay appeared in 27 international matches for Scotland, and was selected for their 1974 FIFA World Cup squad.

Frank McAvennie: is a Scottish former footballer, who played as a striker for West Ham United and Celtic, having had two spells with each of these clubs. With Celtic he won the Scottish Premier Division in 1987–88 and the Scottish Cup in 1988. He was capped five times at senior level for Scotland during the 1980s, scoring one goal.

Colin Anderson Stein: is a Scottish former footballer, who played for Hibernian, Rangers (two spells), Coventry City and Kilmarnock. Stein was part of the Rangers team that won the 1971–72 UEFA Cup Winners’ Cup, and he scored one of the goals in a 3–2 victory against Dinamo Moscow in the final. Stein also represented Scotland and the Scottish League XI. He scored nine goals in 21 appearances for Scotland, including four goals in a 1970 FIFA World Cup qualification match against Cyprus.

William McClure Johnston: is a Scottish former professional footballer, best remembered for his time at Rangers and West Bromwich Albion. He made 22 international appearances for Scotland. Johnston scored twice in the final as Rangers won the European Cup-Winners’ Cup in 1971–72 by defeating Dynamo Moscow 3–2 in Barcelona. By that time he was often playing as a striker alongside Colin Stein (the other scorer in the final) as formations were modified.

Archibald Knox is a Scottish football player and coach. He was most recently the assistant manager of Aberdeen until leaving the club in March 2013. Knox is perhaps best known for being an assistant manager, working with Alex Ferguson, at Aberdeen and Manchester United, and to Walter Smith at Rangers, where the pair would enjoy six titles over seven years together.

Don’t miss out on a seat

We only have a limited number of tickets for sale for this one off historic event, so don’t miss out on hearing about the old days.

If you want to know more about the next event then check out this section where we have player Biographies.

If you wish to purchase any merchandise from our previous events please contact us on 01560 600753.
Card payments are taken by phone. 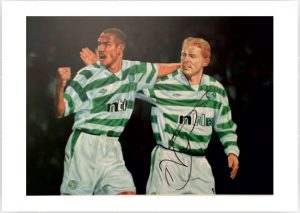 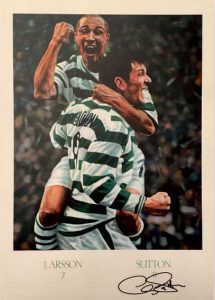 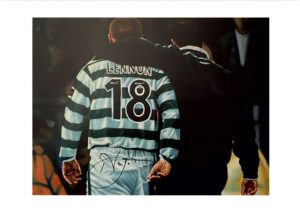 Book now before you miss out!

Tickets are going fast so if you want to experience a once in a lifetime opportunity get your tickets now or you’ll have to hear about it from a friend.